All Things Are Temporary

Among adults, the notion that this too shall pass is often just something you say, without any real affect. It is an accepted social response to someone who is grieving, but it may not make much of a real difference. In a clinical setting, though, the concept of “this too shall pass” can be extremely powerful. Often, children and young adults live in the here and now and lack the ability to or desire to have perspective, or to see the big picture. They are more likely to think that things are hopeless, or to make a bad situation worse. Children and adolescents are more likely to act irrationally and place too much significance on the problems of the present. 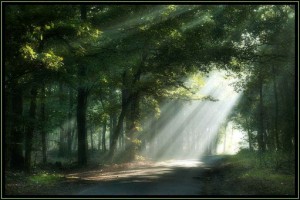 Reminding our most vulnerable that this too shall pass can have a profound impact on their ability to process their own feelings or things out of their control. As clinicians, we must remember not to be patronizing and just use it as a throw-away phrase, but to provide examples and context. Often, reminders of how seemingly impossible situations got better over time, and connecting that to the present, will help youngsters process things better. Not long ago, I was asked to comfort a teenager had heard that her boyfriend had been flirting with another girl in school. When she told me that she was contemplating suicide, I asked if she had had similar situations in the past. She told me that that something similar happened a few weeks ago, and when I told her that “this too shall pass”, she brightened up immediately.

The Persian phrase includes a version of the word gozasht, which really doesn’t have a good translation in English. Gozasht is the characteristic people have to let things go and move on. We should remember that this skill develops as people mature. While sometimes we may say “this too shall pass” because it is something to say, for youngsters and the most vulnerable, instilling the concept of gozasht may mean the difference between moving on and making things worse.