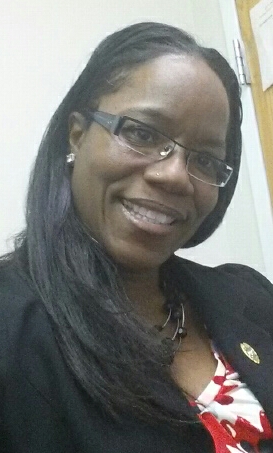 Sonia Easter spent 20 years working as a part-time substitute at Grafton’s therapeutic community living options in the Richmond area. She retired in 2016, but still remembers her time at Grafton fondly.

Why did you want to work in behavioral healthcare?

I can remember as a child seeing one of those infomercials with the malnourished children in a foreign country, usually Africa, and they say, “For one penny a day you can help these children who don’t have resources.” I remember thinking, that’s what I’m going to do. I’m going to dedicate my life to helping and empowering disadvantaged children. After all, they are our most vulnerable population.

How did you start working at Grafton?

My history with Grafton began in January 1996. I was a full-time employee with the City of Richmond, where I still work today. I worked with the city Monday through Friday, and I worked overnights and weekends in the group homes wherever they needed help.

Wow, it sounds like you were working a lot.

Yes I was, but I so enjoyed my job at Grafton. I received a wealth of training, coupled with an abundance of administrative support that really allowed me to nurture my clients. While attending the annual CSA conference last month, I was elated when I saw that Grafton was an executive sponsor. I thought, ‘Oh wow, I’m filled with such pride.’

When I was sent to a new home, my first task was to learn about each resident. Each client had a very detailed binder that listed all prescribed medications, identified their guardian(s), and included their behavior plan. My favorite section contained helpful tidbits that the full-time staff noted about each client. For example, a certain resident may like bubble baths as a way to de-escalate and calm down. Those were things I wouldn’t know otherwise, so I loved the binders. I really valued the time, effort, and content that went into creating them and took reading them seriously.

My shift was usually from 10:30 p.m. to 7 a.m. Some clients would want to overeat or take a bath in the middle of the night, and I needed to immediately redirect that behavior. Sometimes I would have clients with histories of eloping. In those instances, I would sit in a chair by their door. Even with alarms on the windows and doors, I preferred ensuring they stayed in their rooms safely.

In 20 years I only had to call a supervisor twice, which is pretty remarkable. Other than those instances, I was able to successfully deescalate the crisis on my own. That was a result of Grafton’s comprehensive trainings.

Grafton encourages staff to take pride in the homes by allowing them to do their own decorating. Arriving to work always felt as though you were walking into someone’s home – it was never a bare bones, institutional feeling. Most of the houses are beautiful, with unique artwork, drapes and pillows.

What would you say to someone who is considering working at Grafton?

It’s like working for Google. We don’t have naptime and complimentary Frappuccino bars like they do at Google, but that’s how the environment at Grafton felt. They were always rewarding us with physical tokens of appreciation, like t-shirts and bags. I thought that was nice, and it left me feeling grateful and appreciated. Grafton also keeps employees up-to-date regarding the overall operations of the organization and policy changes at the federal, state and local levels. Grafton is always on the forefront regarding training and development, which they do remarkably well. They also provide consistent administrative support and great flexibility. When you feel appreciated, you are more than willing to carry out your duties.

How did you see Grafton change over the two decades you were there?

I witnessed the quantity of homes increase. When I began in 1996, I think Grafton owned four or five group homes in the Richmond and Chesterfield area. Today they have at least twice as many. When the organization adopted their system of comfort-versus-control, I saw the direct impact as the number of physical restraints and workman comp injuries continuously declined. Also, through my work with juveniles and families for the city, I am hearing more and more people speak about Grafton in a positive light.

Do you have a favorite story from your time at Grafton?

I remember there was one resident who would always squeal and jump up and dance when I would enter the home to begin my shift. That greeting gave me such a warm and fuzzy feeling of appreciation. The staff later told me that, after I left, he would lie on the couch where I sat because he said he could still smell me. I thought that was just so special.

I also recall a resident whose mom would come get her every Sunday so that they could attend church together. It always warmed my heart because she dedicated that time to her daughter. I think she even had special snacks in her purse to keep her calm during the church service. Afterwards, the mom would stay for a while, and we would enjoy a conversation with one another. We bonded with the residents to the point where we really felt like family.

What would you say to a family considering Grafton for their child or adult family member?

I can say with certainty that once someone becomes a client at Grafton, the behavior plans work as they are intended. Under the supervision of well-trained staff, they will elevate from destroying property and eloping to doing very well and making notable progress. I was so fortunate to be part of that. Just because one may have limited cognitive or physical abilities doesn’t mean they can’t learn with the proper training and the right staff.