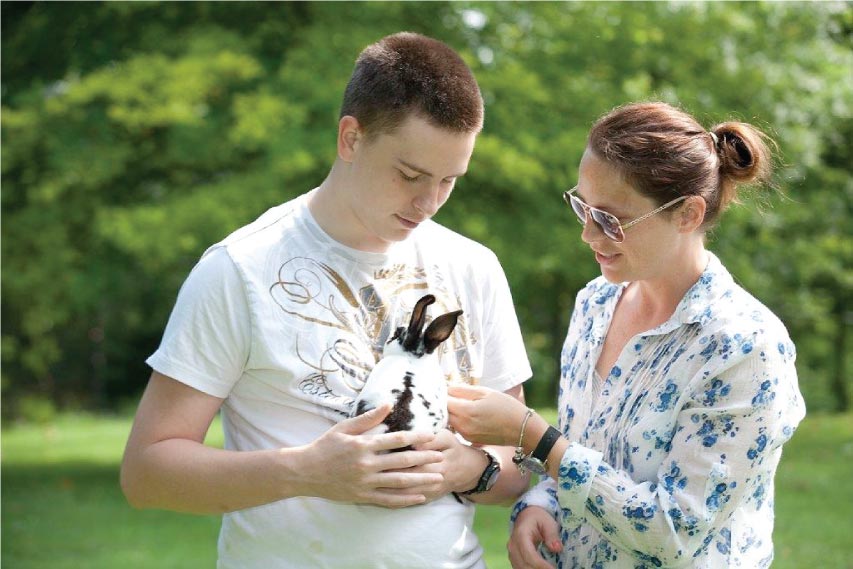 Aidan*, who once had significant behavioral challenges, is now seen by his teachers and peers as a role model at his school.

Aidan was diagnosed with high functioning Autism, disruptive mood disorder and ADHD (attention deficit/hyperactivity disorder). When Aidan first came to Grafton in April 2016, he was enrolled in the Berryville residential treatment center. He had been experiencing physical aggressiveness, anxiety and verbal threats including bringing harm to himself and others. He was also dealing with grief and loss, due to his mother recently passing away from a terminal illness.

While in Berryville, he did extremely well and successfully worked through the program until February 2017. At that time, he was transferred to Winchester, to the community-based group home.

When Aidan transitioned to Winchester, his treatment team observed that his social skills would be the toughest challenge. Aidan liked to joke a lot, but sometimes his jokes were inappropriate or hurtful. He also acted excessively silly in public places.

Aidan received social skills training, and through this, his team helped him learn what is and isn’t appropriate. To address the excessive silliness in public, the team worked with Aidan on coping strategies.

“One of the most important pieces to Aidan’s success was family engagement, and the willingness of his father, John*, to become part of his treatment team,” said Sam Butler, Aidan’s case manager. “He was very involved, and a major goal was to ensure Aidan was able to successfully transition back home.”

John participated in face-to-face family therapy with Aidan. He also met with the team every month, initially, and then, eventually, every two weeks. They came up with a plan – instead of sending Aidan straight home, they would ease him in slowly, with a transition period.

Aidan had multiple home visits, and the team heard feedback from his dad as to what was working and what wasn’t. This allowed them to tweak their plan accordingly. Then, the next time Aidan visited, they would again assess how the visit went. The focus was on continuous teaching, learning and repetition.

Aidan successfully moved back home in August 2017. His dad is very happy with how Grafton helped them, and says that Aidan no longer exhibits any of the challenging behaviors he had when he first went to Grafton.

“Aidan is willing to successfully complete his chores around the house with minimal verbal prompts,” said John. “At school, Aidan is meeting and/or exceeding his IEP (individualized educational program) goals. He has become a role model to his peers and has taken it upon himself to mentor younger students who may be struggling behaviorally.”

Is this news surprising to Aidan’s former case manager? Not really.

“Aidan was a very fun-loving young man who made friends very easily,” said Sam. “He was always willing to help others, and was able to make and maintain friendships with his peers and had great relationships with his teachers and therapists. We’re very proud of him.”