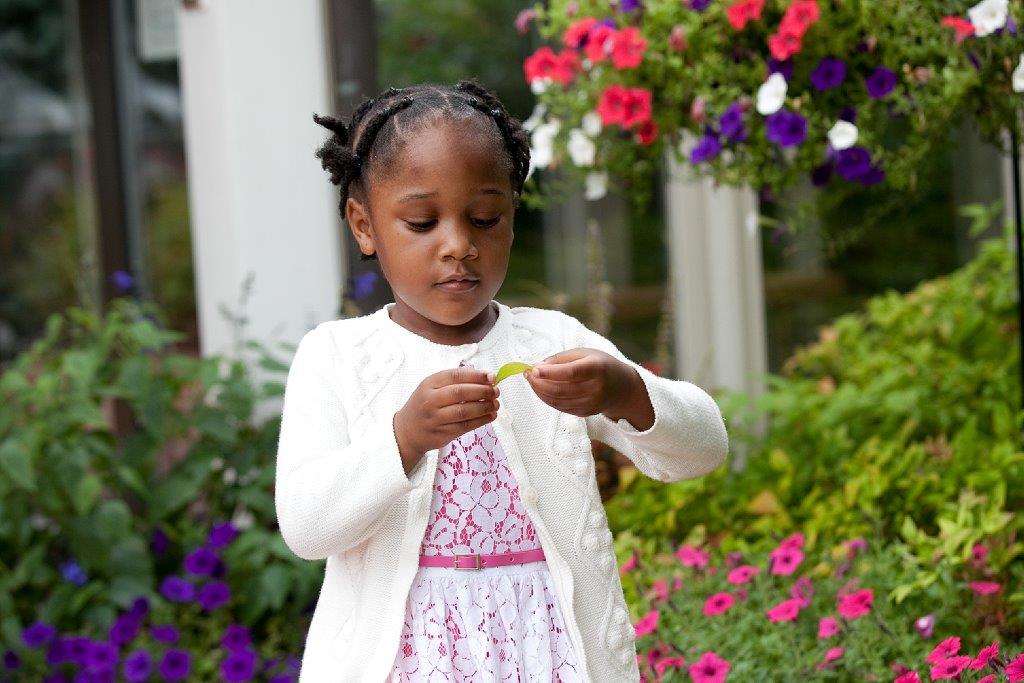 Alishba*, a beautiful two-and-a-half year old girl, was diagnosed with partial trisomy 13 — a rare genetic disorder — as well as other congenital abnormalities. Though born full term, Alishba was transferred to the NICU for feeding issues and hypothermia. She was subsequently followed at the University of Virginia Hospital by specialists from urology, ophthalmology, genetics and neurosurgery as well as developmental specialists. At only 12 months old, she underwent surgery to correct her craniosynostosis – a birth defect in which fibrous joints between bones in a baby’s skull close prematurely before the brain is fully formed.

Alishba was first seen by the Infant and Toddler Connection (ITC) of Shenandoah Valley at two months old where, through a parent coaching model, the team helps to support her progress in reaching developmental milestones. Her mom, Shereen, points to the ITC as a great source of strength for not only Alishba but for the entire family.

“The program is dependable, responsible and supportive to our needs and staff is not only concerned with how Alishba is doing, but how we as a family are doing as well. I really appreciate that.”

At ITC, the Physical Therapist is currently working on increasing Alishba’s cruising or walking by moving toys just out of reach to encourage her to take increased steps towards what she wants. She is able to communicate her needs through crying or grunting to let her loved ones know she needs something. She plays “peek-a-boo” and “patty cake” with her siblings. Her physical therapist encourages Alishba to make eye contact when interacting with family members. With the support of her occupational therapist and clinicians, the family is working to ensure Alishba eats six meals a day and increase her nutritional and fluid intake.

Her family is very pleased with Alishba’s progress and report that she is doing things they did not dream that she would be able to do.

“She had so many different specialists monitoring her development. Now, it is hard to believe that she is holding on to objects, standing up and  even going up and down stairs on her own…We couldn’t be happier and we are incredibly grateful to the entire ITC team.” – Shereen, Alishba’s mother

*Client’s name has been changed to protect her privacy.