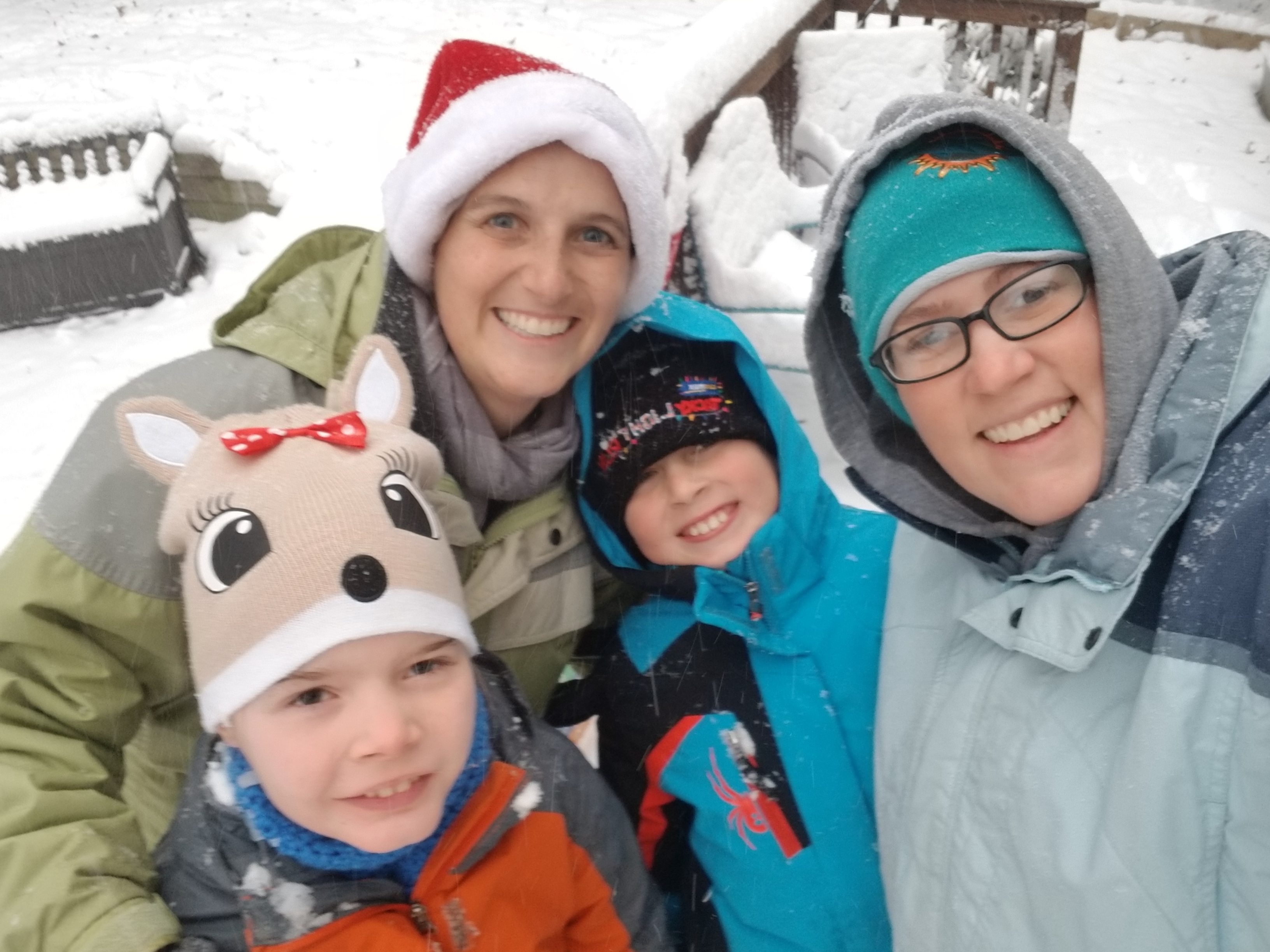 Collaboration, Consistency, and a Trauma-Informed Approach

Hannah is a vivacious 8-year-old on the autism spectrum. She also has an intellectual disability and a seizure disorder. In her short life, Hannah has experienced a great deal of tumult and trauma. Before being adopted in 2017, she was placed in five different homes in just one 12-month period. With a history of abuse and neglect, social services had been part of Hannah’s life since early childhood.

“From what we could gather, her biological parents didn’t know how to deal with Hannah’s very difficult behaviors,” says her adoptive mother, Michelle. “Until she was about five, it was pretty much survival mode. A lot of her needs went unmet.”

When she was placed with Michelle, her wife, Marianne, and their 9-year-old son, Hannah had little sense of safe boundaries or potential dangers – either at home or out in the community. She also would run away with little provocation.

“If she was not in your arm’s reach, she was gone,” says Michelle.

The first eight months in her new home required constant vigilance on the part of Hannah’s parents. If she was able to reach something, she would immediately put it in her mouth. She grabbed at people’s faces, hair, and glasses. Sometimes she turned aggressive, hitting, scratching, and throwing things.

In spite of their best efforts, the local school district was not able to accommodate Hannah. Instead, her parents were provided with a short list of private day organizations as alternatives. They didn’t know the difference between the schools at the time, but Grafton was the first to have an opening.

“Looking back, it was a complete blessing because it has been amazing. I don’t think we could have picked a better provider for Hannah,” says Michelle.

Stephanie Vess has been Hannah’s case manager from the day she arrived at Grafton.

“When she first got here, we had to clear the conference room because she was everywhere. She was digging moss and dirt out of potted plants. If it was within reach, she was trying to get it and mouth it,” Stephanie recalls.

Hannah wasn’t verbal when she arrived, but staff later learned she was capable of speaking. Often, the language she did use would be deemed inappropriate by most adults.

“Amazingly, she used it in appropriate context,” Michelle wryly reports.

Her parents were concerned that Hannah might be too much for Grafton.

“I asked how much they would tolerate of Hannah’s behaviors before she would get kicked out,” says Michelle. “Stephanie said, ‘We wouldn’t do that! We’ll work through it. That’s what we are here for.’ I was so relieved.”

Hannah has made enormous progress since coming to Grafton. Her vocabulary is growing every week; she is using a new word nearly every day.

“In the hallway the other day, another student sneezed and Hannah said ‘bless you,’” reports Stephanie. “When she started at Grafton, we would never have gotten that out of her even with prompting, let alone of her own volition.”

As they do for all clients, the Grafton team employed a rigorous process to identify, monitor, and evaluate Hannah’s progress and to embed that information into treatment and instruction planning. Her behaviors of concern – such as the inappropriate use of language – were tracked for frequency and severity at all times. As a result, that particular behavior has been shown to decrease by about 98 percent

She is also becoming more independent and is willing and able to help out with small chores at home. She is nearly fully toilet trained as well.

“She is just more settled,” explains Michelle. “She has consistency. After so much change in her short life, no one is changing now, even at school. It’s the same faces that are working with her. There is always at least one familiar person in her classroom every day.”

Another important aspect of her success has been the close engagement of her entire circle of support. Michelle says it feels wonderful knowing Hannah not only has the support of her family, but also an entire team at Grafton working to help her succeed. Speech and occupational therapists, an applied behavior analyst (ABA), and her teachers are all working together to give Hannah the best opportunity to succeed at her goals.

The collaboration doesn’t stop at Grafton’s walls. Hannah’s in-home ABA therapist comes to school and observes Grafton’s ABA sessions. Recently, Michelle came to lunch on campus to observe how the occupational therapist works with Hannah to feed herself. She was then able to use the same approach at home. That consistency is another key to progress.

“If we find something that works at school, it is carried over at home. Her family is doing the same things that Grafton is doing in the school building,” explains Stephanie.

Something as simple as hanging up her backpack in the right spot has been an invaluable lesson. A hook on the wall of her classroom has a photo of both Hannah and her backpack. Her parents hung the same hook at home accompanied by the same photo.

Based on its 60 years of experience, Grafton knows well that children do best when an entire continuum of care is available, a truly transdisciplinary team is functioning well, and parents feels like they are an equal partner in their child’s care. That’s why the organization not only encourages, but actively cultivates a close collaboration between the Grafton multidisciplinary team, families like Hannah’s, and the other providers that serve its clients.

Given her history, Grafton’s trauma-informed approach was instrumental in supporting Hannah. The classroom environment is safe and comforting, and the team is careful to ensure that their actions do not retraumatize her. The Ukeru® crisis response program has not only accomplished this environment for Hannah at Grafton, but for providers nationwide.

In October, when Hannah’s adoption by Michelle and Marianne was finalized, her Grafton team was there to witness the joyful occasion.

“There was not a dry eye in the courtroom,” says Stephanie. “We could have not asked for a better family for her.”