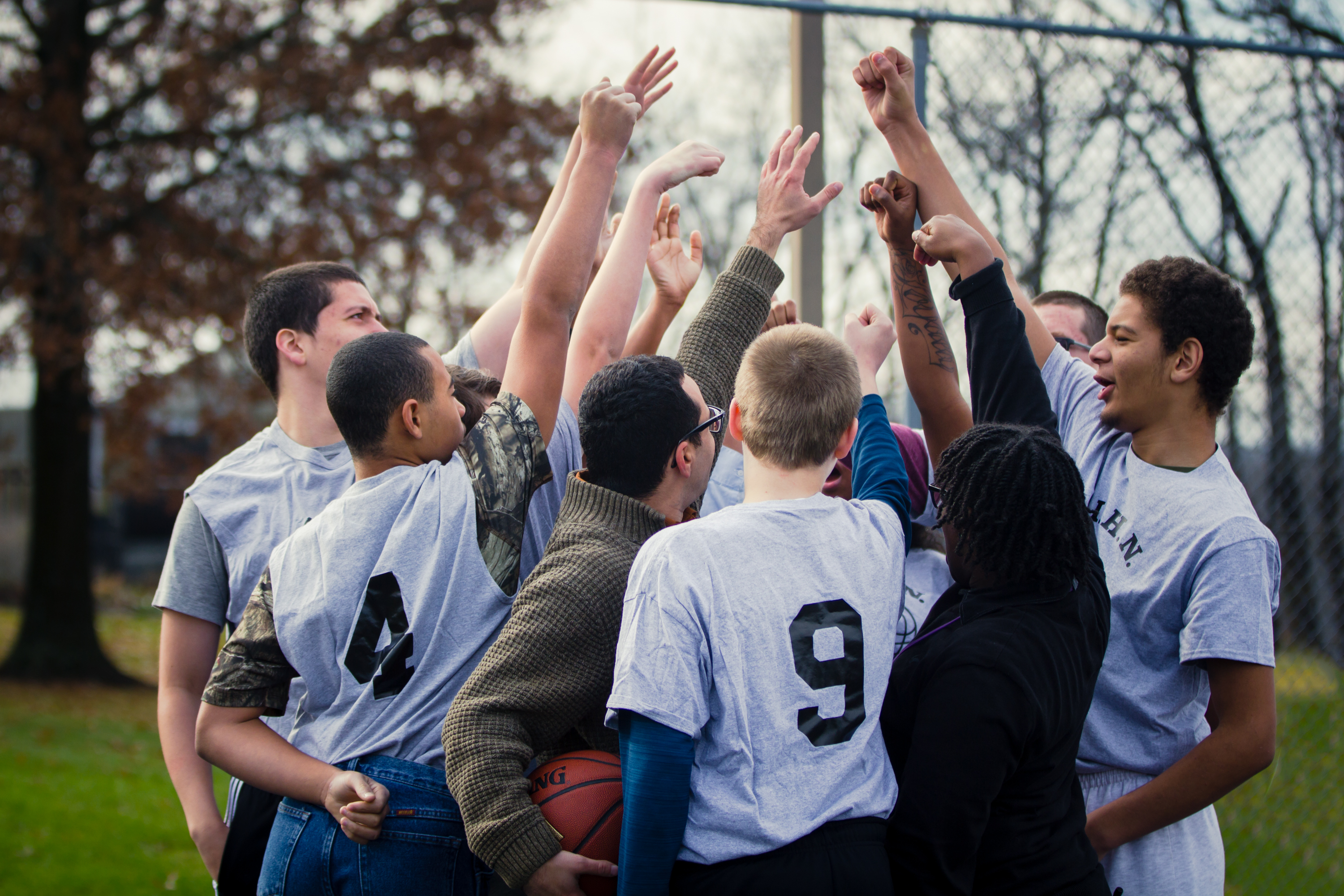 True friendship is a profound experience. It is even more profound when verbal communication is not possible. That is what makes the friendship between John* and Mathew,* both of whom attend Grafton, particularly special.

“I have worked with John since his arrival at Grafton so I feel as though I know him very well. When Mathew got put in my classroom and I saw his instant connection, I took it and ran with it.” – Tyler Satterfield, Grafton teacher

John is a 14-year-old Autistic young man who has already experienced a great deal of trauma in his life. After losing his adoptive mom, he lived with his aunt who struggled to care for him. He exhibited verbal and aggressive behaviors and was hospitalized before moving to a residential treatment center. Finally, John arrived at Grafton.

Growing up, John had been left to his own devices. Although he had other siblings, they lived separately and John was primarily raised as an only child. As a result, he was very used to doing whatever he wanted, when he wanted. All of which makes his friendship with Mathew that much more special.

Like John, Mathew also has experienced loss; his father recently passed away. He has a strong family unit including his mother and brother. Though high functioning, Mathew is nonverbal and communicates through sign language, gestures and simple noises. His behaviors, which include aggression and seizures, were challenging for his family to maintain at home.

Though the two boys live in different Grafton therapeutic group homes, they are in the same class. And that gave John some ideas when Mathew’s 12th birthday rolled around.

On that special day, Mathew arrived to his classroom to find that his desk was decorated with balloons and gifts, many of them Star Wars themed. The prior evening, John made a special trip to the store and, using his own money, purchased everything required to make the celebration special.

“To see John stop and focus on someone else, to have made that kind of connection, shows a lot of progress,” said Pam Kuehl, a Licensed Counselor. “He has had a lot of loss in the past three years. For him to have had the forethought to think about someone else is great to see.”

So what changed? How did a young man so used to being on his own and running away when he was uncomfortable develop a close friendship, even putting someone else’s feelings ahead of his own?

“Trauma informed care has done a great deal for him,” said Pam, “The Grafton staff has spent a lot of time just talking him through things. He is very delayed in his processing. You can talk to him about something and move on, but 20 minutes later he’s still thinking about it. The staff has focused on staying with his timeline for processing.”

The consistency of the staff has also benefitted John as has validating the trauma that he’s been through.

“John likes to work with his hands, building things,” Pam explained. “If he’s engaged with a project like that, he’s more inclined to let his guard down and we can get him to talk.”

Viewing himself as a mentor to his friend may also help. Mathew often looks to John to engage with him and to do things together.

For the care team, the relationship provides a very useful goal setting opportunity.

“I am always writing goals for peer engagement, but it’s hard to find someone for the client to do it with,” said Maggie Hashemzadeh, who supervises Mathew’s case. “This situation is ideal for that and so many other reasons.”

“I saw nothing except endless possibilities for both of these clients’ treatments and I wanted to make sure it was capitalized on as soon as possible, before one was discharged before the other. This way they can build relationships in a healthy way and carry it with them as they move forward past Grafton.”

*Names have been changed to protect the clients’ identities.