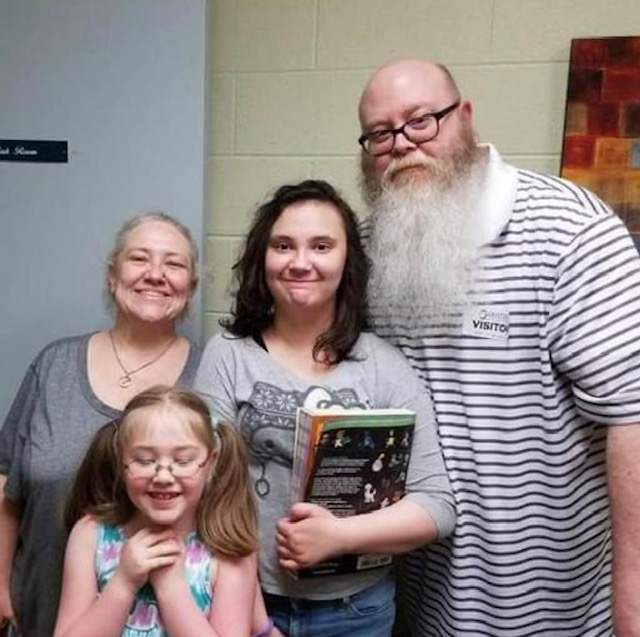 Mikayla: Helping a Teenager Learn to Control Her Anger

Children are known to throw tantrums when they don’t get their way, but the intensity of Mikayla’s meltdowns left her parents and younger sister rattled.

At age 12, when her mother, Cena, insisted she couldn’t have a toy at Target, she exploded into a rage – biting, screaming, making threats, and kicking the back of her mother’s knees. In school, she would launch similar attacks against her classmates and teachers. Her behavior continued to worsen after enrolling in a special needs school, where she was subjected to seclusion and restraint almost daily.

“I would get calls every day about Mikayla getting dragged to a ‘quiet room’ after biting or kicking a kid,” says Cena. “I can’t imagine living life thinking, ‘I’m not able to control my anger, and if I lash out I’m going to be secluded and restrained.’ It didn’t help her learn anything.”

At home, things were no better. When Cena asked her daughter to get ready for school, go to bed, or take a shower, it often sparked an aggressive episode. By the time she was 11, she could easily overpower her mother, who is a petite 4’ 11’’.

“I was scared of her,” remembers Cena. “We could not control her.”

The situation reached a breaking point in October 2018, when Mikayla attacked her mother with a butter knife. Cena called the police and pressed charges, hoping to have her daughter placed in a residential treatment center that could provide the therapy she desperately needed.

For the next seven months, Mikayla lived at several behavioral healthcare facilities in Maryland, while her family searched for a long-term residential placement. After being rejected by multiple group homes in her home state due to her aggression, she was accepted at Grafton’s campus in Berryville, Virginia.

Shortly after arriving at Grafton, Mikayla – who was given a co-occurring diagnosis of Autism, generalized anxiety disorder, and intermittent explosive disorder – began making progress for the first time. Her therapist, Naomi Evans, gave her a safe space to talk and taught her how to process her feelings without resorting to violence.

“Mikayla bonded with Naomi instantly. At other treatment facilities, they weren’t trying to give her any solutions or tools. They were just dealing with stuff as it came up,” says Cena, noting that her daughter used to have over 30 aggressive incidents per month, but now has only three or four. The family believes some of her developmental challenges may be linked to a brain bleed she had shortly after her birth, which was nearly 10 weeks premature.

“Other specialists had told us she couldn’t get therapy because she was Autistic and couldn’t understand the concepts. Grafton proved that’s not true at all,” she says.

Mikayla refused to do schoolwork when she first arrived in Berryville, so the teachers and staff worked together to find a solution. They noticed how much she loved listening to music and decided to use it as an incentive. When she completed her assignments, she was rewarded with time to listen to her favorite songs on an MP3 player. The results have been impressive; after one year at Grafton, she is completing 100% of her assignments and is on track to start 9th Grade in the fall.

“Grafton is so individualized. I don’t think a public school would have been able to do that for her,” says Cena. “The care and attention that they give to each kid is incredible – it makes such a huge difference when kids feel like they’re cared about.”

Today, Mikayla is 14 and thriving. To her mother’s delight, Grafton staff was able to take her to Wal-Mart to buy summer clothes without incident. It was the first time she had been in a store in over year, because toys had previously been a major trigger for her. Her attitude towards Cena has also changed completely. She calls often to say, “I love you, Mom” and “I miss you.”

“You can hear the love in her voice. She never used to say, ‘I love you’ before. It’s just wonderful,” says Cena, who no longer fears her daughter and even brought her home for a successful overnight visit.

“Mikayla is a totally different kid and is learning how to use her words. The fact that she is grasping these concepts is phenomenal. Grafton gave that to her.”