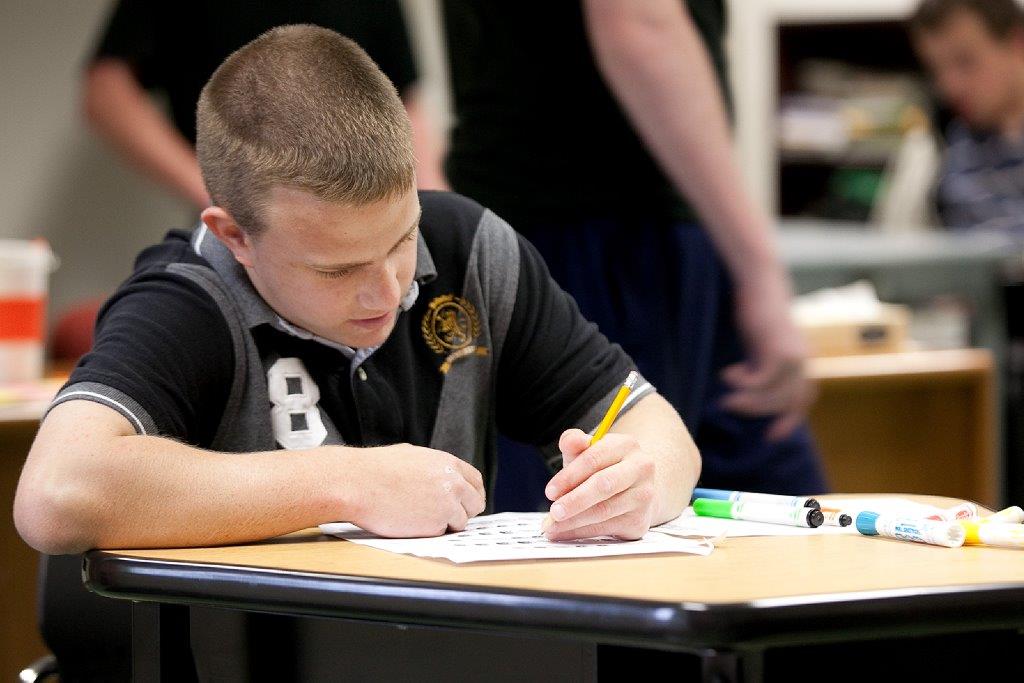 Finding a Safe Space at a Grafton Group Home

Joshua is a charming 18-year-old with a history of significant and frequent aggressive, self-injurious and disruptive behaviors — such as charging at, and attempting to bite others — that resulted in multiple out  of home placements. Prior to arriving at Grafton’s Winchester campus, Joshua was supported by a 2:1 staff to client ratio.

At the  time of his admission, Joshua presented  a number of challenges, including prevalent anxiety, an Autism  diagnosis and difficulty with  mood regulation. He was  easily triggered into aggressive  or self-injurious episodes if he became overly anxious or experienced other strong emotions.

Dedicated staff at both his school and group home, therapy sessions and a consistent, structured routine with clear expectations have all contributed to Joshua’s progress.

“We found, as we got  to know Joshua that, like most  of us, he wanted to do well, please others and learn new skills to manage his anxiety and emotions. We just created a safe road map so he could do so,” explained Joshua’s Grafton therapist.

After successfully completing  his program at Grafton, Joshua was discharged to a public high school that provides special education services for children with a range of cognitive disabilities. He can now regulate his anxiety, respond to triggers, and use deep breathing as well as other coping skills  to manage his anxiety. More importantly, he is able to communicate when he is feeling emotionally deregulated, overwhelmed or over stimulated. He accepts redirection and recognizes what he needs to do differently.

“From the moment he walked through the doors, Grafton staff treated him like he had no issues. There was no protective gear worn by staff and staff was not defensive with him. I think that made a huge difference with him.” – Joshua’s mother, Julie