I often say with great pride that Grafton takes – and, based on clearly defined indicators, is successful with – the most challenging clients. Most of these clients have co-occurring or multiple disabilities. In addition to supporting those with autism, Grafton has developed expertise in treating individuals with developmental disabilities and other Axis I psychiatric diagnoses (schizophrenia, mood and anxiety, dissociative, sexual and gender identity, impulse control and adjustment disorders, among others). In supporting our clients, the goals of treatment are not only to enhance the quality of life and reduce symptoms or needs, but also to improve functioning. Ultimately, we support the successful re-integration of these individuals into their home and community.

Several years ago, Grafton began an initiative to systematically minimize the use of physical restraints and seclusion in the treatment of all clients. A mandate was issued to minimize restraint and seclusion without compromising employee and client safety. Making this happen was a challenge, but one that we knew we had to meet. Many of Grafton’s clients – those like “Adam” who you will meet a little later in this newsletter – represent the toughest our industry faces. They can sometimes exhibit severe and unpredictable aggressive outbursts. From a clinical perspective, we know that identifying the function and purpose of this behavior, and the factors causing the client to maintain it, are critical elements in evaluating, planning and implementing the right interventions. This begins early on in our relationship.

The importance of a comprehensive diagnostic and assessment process is critical to the development of an individualized treatment plan and to monitoring and evaluating good clinical outcomes. Grafton has made great strides in this area. As a matter of fact, we were recently selected by the Northern Virginia Core Service Agency’s symposium to present on our assessment process.

One topic which may be of special interest during these tough economic times is Grafton’s expertise and results in successfully partnering with local referral agencies to identify children eligible for coverage under the Early Periodic, Screening, Diagnosis and Treatment (EPSDT) Medicaid program. To that end, we are hosting a webinar on February 10, 2010 about our process for applying for Medicaid EPSDT funding. Included in this session will be:

If you are interested in learning more about the webinar, please visit our Web site (www.grafton.org). I hope you enjoy this second issue of Continuums. As always, I welcome your feedback, questions and comments.

“Adam,” a 20-year-old male, came to Grafton in 2007 after a lifetime of abuse and neglect. He was removed from his family at the age of two and spent years in various foster homes and residential programs. The last five were spent in a restrictive psychiatric facility where he received aversive treatments. Past care givers used shock treatment. This included having five electrodes affixed to his skin connected to a power source in his backpack. He received a two-second jolt whenever he exhibited inappropriate behavior. In addition, he was often placed in mechanical restraints during community trips involving vehicle transportation.

He also suffered from hallucinations and psychotic episodes which were the residual effects of past trauma.

When Adam entered a community based group home at Grafton, the organization promised never to use any hands on physical restraint. It was a promise the team was able to make and keep.

Although already well-versed in the characteristics and effects of co-occurring Fetal Alcohol Syndrome and Reactive Attachment Disorder, Adam’s multidisciplinary team (MDT) took the time to review and receive supplementary training prior to his arrival. Each time Adam became aggressive, the team would take a step back and ask: “Is he becoming aggressive because he is in pain? Avoiding or escaping a non-preferred activity or situation? Fulfilling a biological, medical, sensory, or psychiatric need? In some sort of distress?” Patience and a coercion-free environment were used instead of confrontation and control, a critical factor in Adam’s success.

Medication review and management indicated that Adam was dealing with anxiety and possible depression. He was initially prescribed a fairly large dose of Risperdal and his seizure medication was adjusted. The quick fine-tuning to Adam’s medication regime was another factor that led to his success.

As they conducted a functional assessment, Adam’s team focused on what was driving his behavior rather than simply trying to control it. It became clear that a contributing factor was a struggle for control. In past situations, Adam was physically restrained so often that he only felt control over what he was able to say. Thus, what he said was often highly inappropriate.

He was taught to use coping strategies and replacement behaviors. His ability to impact his own environment was reinforced and he was encouraged to serve as his own self-advocate, creating an individualized plan for himself with ample opportunities for positive reinforcement and self monitoring. Incentives that were important to Adam – eating out, shopping, spending time with certain staff members – were integrated in his treatment plan and used to manage his behaviors.

In his first few weeks at Grafton, Adam had some major outbursts to test the assurances that no physical restraints would be used. The longest – and final – lasted several hours. “It was probably at that time that he realized he really was safe and that no one was going to restrain him,” says Kim Sanders, executive director of Grafton’s Winchester facility. Adam realized that he no longer needed to engage in dangerous behaviors and push people away. He began to talk less to imaginary friends and connected more frequently with staff and clients. Recently, Adam shared, “I have friends here and I am going to graduate next October.”

Adam has thrived in his new environment. During the last six months, there was a significant reduction in reported incidents of inappropriate interactions, aggression or sexually inappropriate behavior. He has experienced progress with respect to medication as well. Today, he is functioning on an extremely low level of Risperdal.

He will receive a vocational assessment soon which will, in turn, lead to job training skills. In addition, he has selected the adult group home where he would like to live. Having come to Grafton with few attachments, he now has many friends, enjoys living in a group home with five other young men and is considered a star resident.

*Client’s name has been changed to protect his privacy 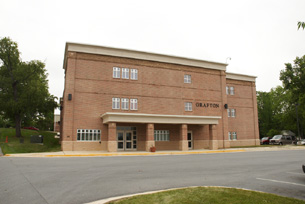 We want to hear from you! Do you have something you want to tell us? Is there anything else you’d like to know about Grafton? Please share your thoughts by sending an email to communications@grafton.org.