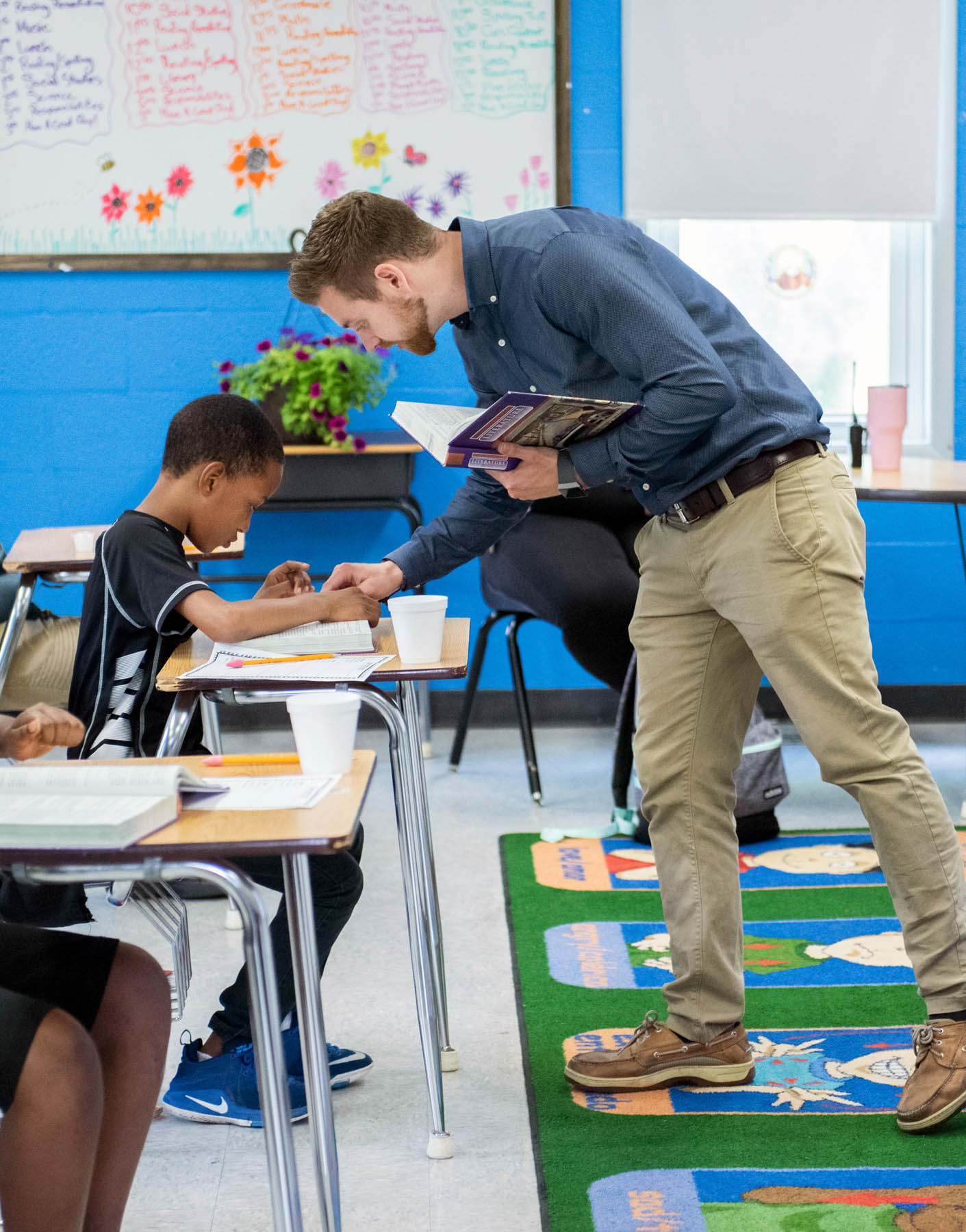 Most of us take the typical back and forth of conversation for granted. But for individuals like Ben*, having a dialogue with someone is not to be taken lightly. Because demonstrating interest in what others have to say has not always been possible for him, doing so represents enormous progress.

Diagnosed with a mild intellectual disability, a major depressive disorder, problems relating to social environment and a pervasive developmental disorder, Ben grew up in foster care. When it became too hard for his foster parents to manage his problem behaviors (including being physically aggressive and threatening), Ben was placed at Grafton’s Berryville campus in 2008.  After aging out of that placement, he returned to his foster parents’ home. Once again, the family struggled and Ben was placed at Western State Hospital. He subsequently had five different placements within two months, and got into a few scrapes with the law, before being placed in one of Grafton’s adult group homes.

When Ben arrived at Grafton’s Winchester campus in 2012, he had issues with elopement and was threatening towards others. He left campus without permission 27 out of 30 days. In addition, he would often threaten to harm himself when he became upset.

Today, Ben’s elopement behavior is extremely infrequent. As of his most recent baseline assessment in November of 2017, he told staff that he was going to leave two times, but ultimately did not do so. In December, he had zero verbalizations or elopements. His goal now is to reach zero elopements for three consecutive months and his team fully expects that to happen.

So what changed for Ben?

One of the most important factors has been his involvement in Grafton’s Adult Day Activities Program Team (ADAPT) Community Engagement program. Once involved, his team saw a tremendous decrease in elopement and self-harming behaviors.

As a member of the Community Engagement program’s walking club, Ben would often be out all day long. He also had an opportunity to volunteer at a local nursing home as well as at a food bank, sorting and shelving for an hour a day, four days a week.

“Since he’s been involved in the Community Engagement program, and had a consistent team with a lower ratio of clients to staff, it’s really helped him gain skills to be able to cope,” said Katrina Ganoe, formerly Ben’s house manager and currently one of the Behavior Analysts working with him.

Now, Ben is working hard on his social behaviors. His skills assessment, conducted every 90 days, highlights his struggle to understand, for example, when someone is being sarcastic. Until recently, he had trouble waiting for someone to end a phone call before trying to interact with them, not always noticing things that are going on around him.

“We would have to gesture to him to indicate that he needed to wait if we were on the phone or in the middle of another conversation,” explained Katrina. “Now, he waits or appropriately asks for attention. That is huge. “

A lover of all things cars — particularly antique cars and Mercedes Benz — Ben wants to talk to everybody about his favorite topic. He had to learn, though, that not everybody is interested.

“We had to teach him that, though he like cars, it’s worth considering what others like. Now, he says, ‘This person likes cartoons. And so-and-so likes to go to the gym.’ We work on that everyday,” said Katrina.

Recently, Ben came into Katrina’s office wanting to show her a book (on cars, of course!) that he recently got from the library. They proceeded to have an entire conversation about not only renewing Ben’s book, but also what Katrina’s plans were for the evening. Previously, he would have continued to talk about the car, opening the pages of the book and showing the cars he liked. There would have been no follow up questions and he wouldn’t have absorbed the answers to the question he did ask. To have him switch the conversation, not only asking Katrina what she was doing that evening, but to continue into a full conversation represents great strides.

For her part, Katrina is thrilled at the progress Ben has made:

“He has come a long way and has so much more potential. If he’s grown this much in the time I’ve known him, I can see him possibly one day being on his own or at least in a smaller home and having more autonomy with less supports.”